“Your photography is a record of your living, for anyone who really sees.” – Paul Strand 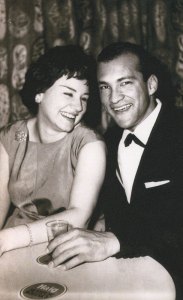 “My marvellous Mum and Dad, Ann and Lloyd Maloney celebrating at a Christmas Party in 1962. They lost their first baby in 1960. This is taken 6 months after I was born – on their first night out! Celebrating and very happy in love with a long married life ahead of them. ” – Sonia Maloney 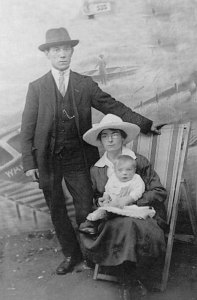 “The photograph is of my grandparents with my, their first born, my uncle Charles. They spent a lot of time every year going down to the seaside, which was usually unusual in that particular period in the 1920’s. And wherever they went, whatever they did, they would always have photographs taken.” – Sandra Inglis 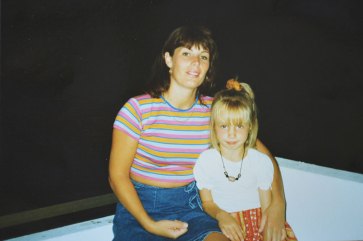 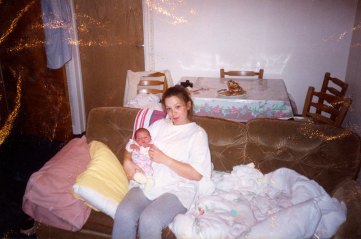 “This photograph means a lot to me as my Mum and I have always got along. My Mum was a young Mum. This image reminds me of myself when I had my child a year ago. But I was 19, she was 17.” – Amy Montgomery 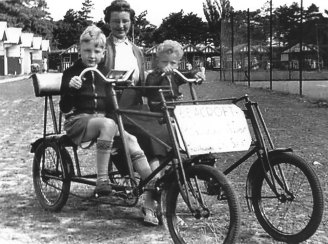 “The picture was taken when we were on holiday at a place called Seacroft Holiday Camp back in the early 1950s. It’s myself and my brother and my mum. We’re on a strange looking bicycle which is built to carry about four people on it, there’s a long bench seat, four wheels and two sets of pedals, I don’t think you ever see anything like it these days.” – Chris Mansfield 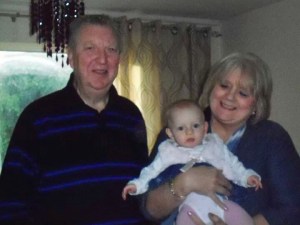 “One of my very favourite memories is this photo of the very last time my Nan and granddad met my daughter Paige, their 1st great granddaughter. It was Christmas 2010 Paige was 9 months old and they were saying goodbye because Nan was ill and they were moving away. Nan is still fighting and hopefully can meet her great grandson for the first time soon.” – Sammy Russell ‘This picture reminds me of my old house where I grew up in Penge. It shows me and my sister sitting on the side of the kitchen. I was 4 and my sister was 3. Reminds me of how close we were and still are!’’ – Tonika Spiteri 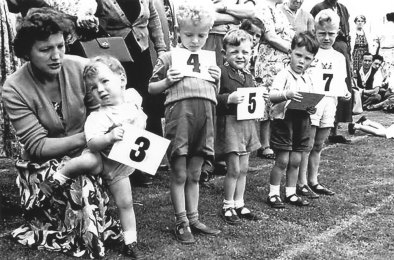 “The picture shows me (No4) at the Sunshine Holiday Camp in Hayling Island. This was the Junior Tarzan contest and I was entered under great protest! I was very shy. Needless to say, I did not win.” – Chris Mansfield “This photograph is of myself, my nanny Jean and cousin Xanthe. It shows how close we all were. Myself and Xanthe are close in age and are still very close. This image was taken when I was around 4 years old and was taken in my mums old house whilst watching television.” – Amy Montgomery 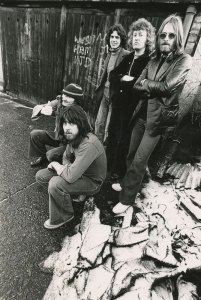 “I was in several bands from the 1960s 1970s from when I was in school. Most important memory was when we played with Deep Purple – as East of Eden during the 80s.” – Alan Parker 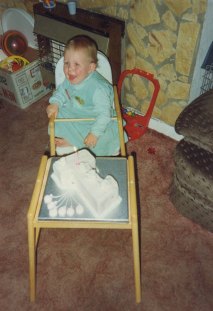 “This is a picture of me on my 1st Birthday. Obviously I don’t have memories of then but it’s fascinating to compare this picture to one of my daughter on her 1st birthday; to see the physical similarities and the differences in fashion.” – Stacey Maclean 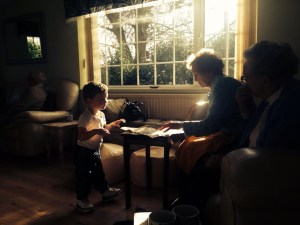 “This is a photo of Bertie and his aunties in Norfolk. He hadn’t seen them since he was 3 months old and one of his auntie’s is 90 years old!” – Rebecca Cater 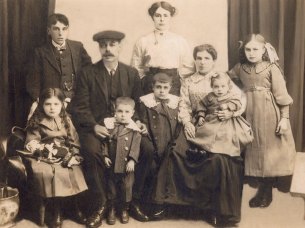 “This is a family photo of my great grandparents, my grandmother and her brothers and sisters. It was taken in about 1914 just before he died, the following year.” – Sandra Inglis 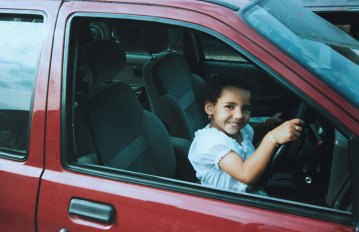 “Here is a photo of my granddaughter pretending to drive!” – Lynne Benkhelfallah 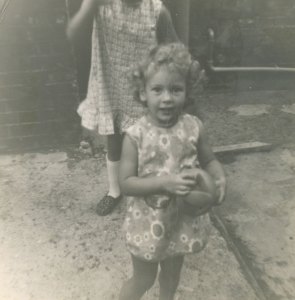 “This photograph of my sister reminds me of my daughter, Samantha, as she looked exactly the same, the only way I can tell them apart is that one photograph is in black and white.” – Nicola Wallis 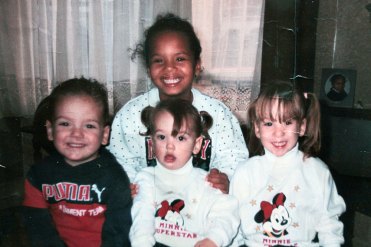 “This photograph is of me and my three siblings at our family home. I’m not sure… but I think I was about three years old.”      – Jade Horton 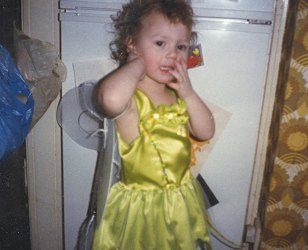 “This is my daughter Samantha.  She got the Tinkerbell dress for Christmas. She wouldn’t take it off so the only way I could wash it was to take it off when she was asleep!” – Nicola Wallis 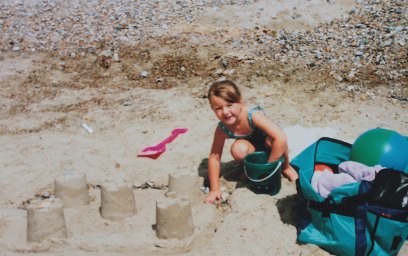 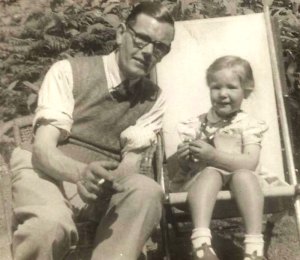 “This is a picture of my nan and her dad, my nan is in her 70s now so it’s a really old picture. I only saw it recently and it’s one of the oldest family photographs I’ve seen. In some cases, photographs are all I’ve got left of family members who have passed, so being able to see pictures of them is really important.” – Stacey Maclean 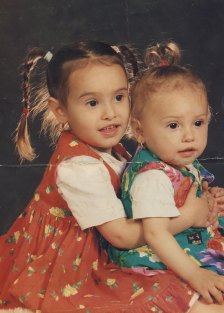 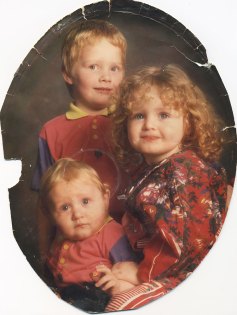 “This is a picture of me and my brothers 21 years ago. It reminds me of being young. ” – Viki Dangerfield 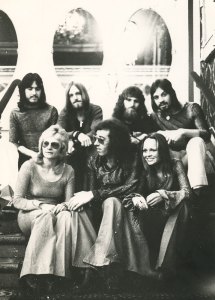 “In Germany when I was in a band in 1966. We won a competition – I have a good memory of this time and I have photographs of this. The band was called The Crawdads.” – Alan Parker 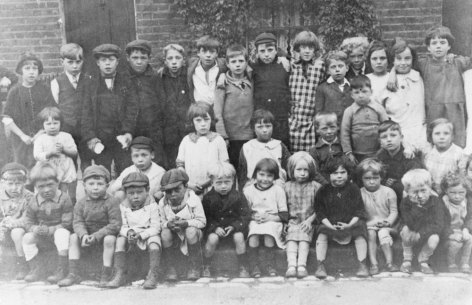 This is a school photograph from 1920 of my Grandmother Doris, great aunt Florence and great uncle Albert.” – Angela Narcisi 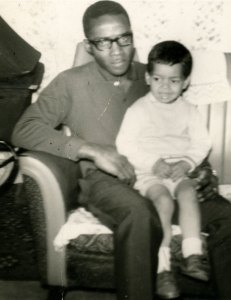 “This is a picture of my father and I at my grandparents home in 1968. The picture is significant because it’s the oldest photograph I have of him. When my father died in 1987, he left me some money with which I bought a camera, and now I’m a photographer! “ – Anthony Jones 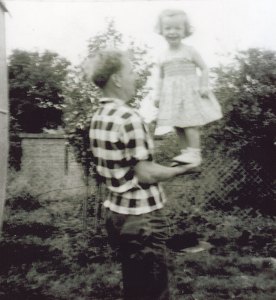 “Picture of my father and me age 2 in 1956, I’m standing on his hand. Makes me feel like I must have felt very comfortable and secure with my Dad. The way I am looking at him…”  -  Jen Wolfe 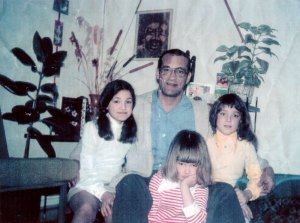 “This is taken the 1970s and is of my dad, with his three daughters, me being the oldest, Sonia, Michelle, my middle sister, and Cher who’s the one who is looking a bit grumpy at the front and it’s just before Christmas because mum always used to hang up the Christmas cards.” – Sonia Maloney